Self Driving Cars in Auburn 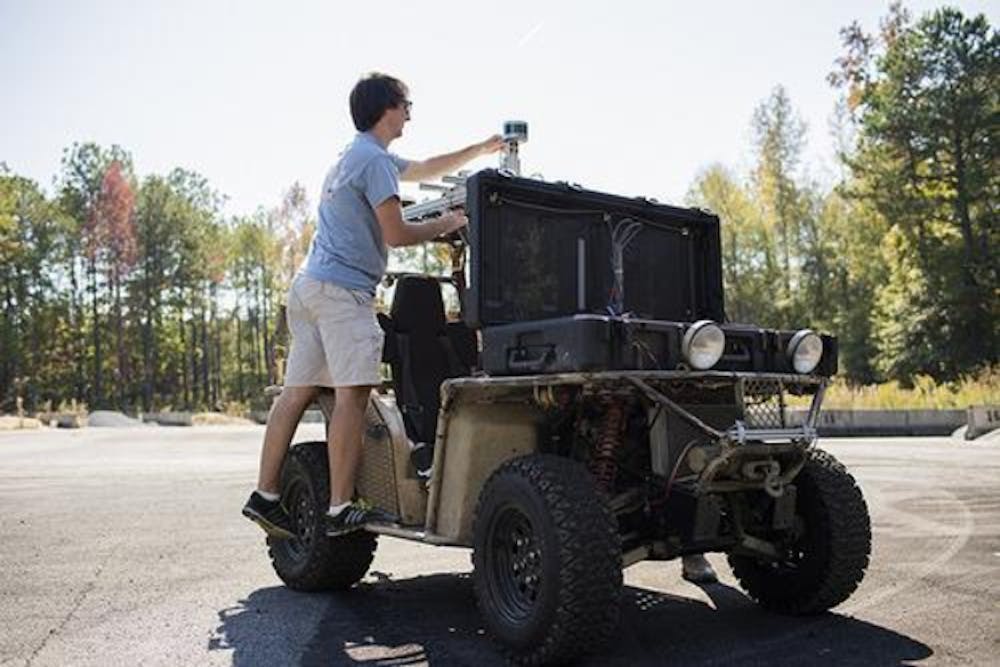 Worker working on a self driving car

The future is now: Auburn might have self-driving cars before you know it – all thanks to the Samuel Ginn College of Engineering. Last month, The Alabama Legislative Committee to Study Self Driving Vehicles visited Auburn and spoke with mechanical engineering professor David Bevly, who also heads Auburn’s GPS and Vehicle Dynamics Laboratory.

According to Bevly, self-driving cars will improve road safety, as most of the nearly 40,000 deaths on US roads are due to human error. However, while self-driving cars can reduce up to 90% of deaths on the road, widespread use can still alter banking and insurance, which leads to the legislative discussion of the benefits of self-driving cars. There is also the question of who would pay in the case of an accident with self-driving cars. However, Senator Tom Whatley says that self-driving cars are definitely coming to the state of Alabama as a whole. If the legislation passes, Alabama will be the twelfth state, along with the District of Columbia, to enact autonomous cars under government regulation. Google, Uber, and Tesla have already developed and tested such vehicles as well. An autonomous Budweiser truck also successfully completed a test run on the Colorado interstate last year.