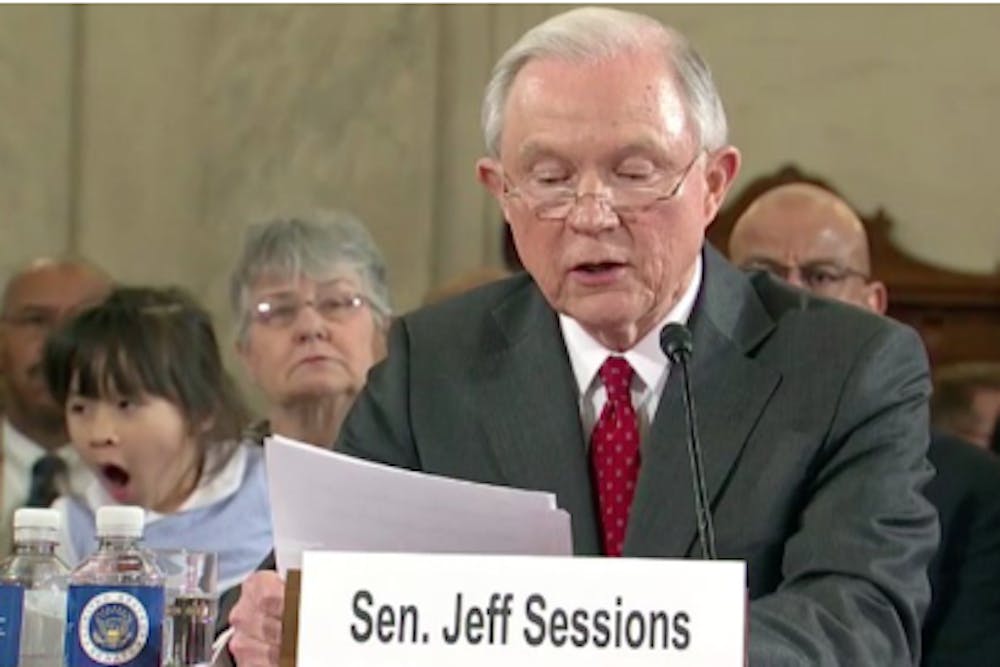 Jeff Sessions at his confirmation hearing for Attorney General

President-elect Trump’s campaign, pledging his support in February 2016. He was also one of Trump’s more controversial Cabinet picks, because of a record of racist remarks.

Sessions served as a captain in the United States Army from 1973 to 1977 and worked as a private practice lawyer for several years before starting his political career.

Sessions said in his hearings that he would be willing and able to tell Trump “no” and not serve as “a mere rubber stamp” for legal affairs.

Sessions was opposed in the hearings by Senator Cory Booker, a Democrat from New Jersey who became the first sitting senator to oppose another sitting senator for a Cabinet position. In his testimony, he said, “Senator Sessions has not demonstrated a commitment to a central requirement of the job – to aggressively pursue the congressional mandate of civil rights, equal rights, and justice for all. In fact, at numerous times in his career, he has demonstrated a hostility toward these convictions, and has worked to frustrate attempts to advance these ideals.”

Sessions’ record includes a voter fraud case from 1983 involving black voters that Sessions refused to investigate as an Alabama district attorney. Sessions has also been quoted as saying he thought the KKK was “OK, until I found out they smoked pot.” The congressional vote on Sessions is expected to take place in the next few weeks.