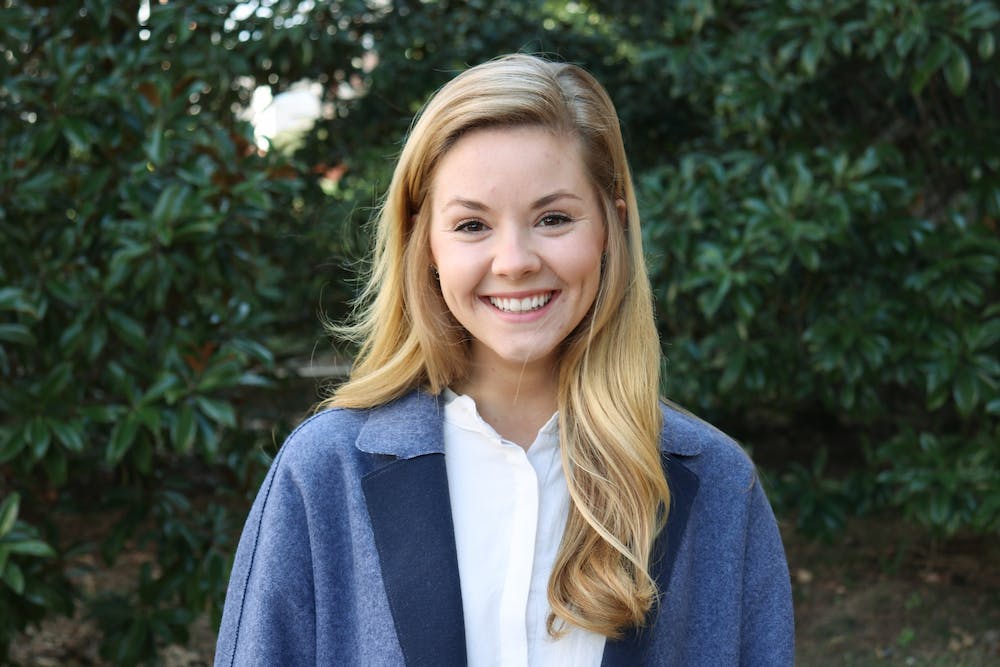 AUBURN, Ala. (EETV)- With arms filled with flowers and a heart filled with pride, Cat Bryant was a vision of beaming joy after being deemed, “Miss Auburn 2020.”

Being out of state, approximately 701 miles from her home in Texas, she refers to being awarded with this title not only an honor but personally explains, “to say it’s a dream isn’t even enough, because I never thought I’d be here.”

In an interview with Eagle Eye TV Bryant expressed her gratitude to both her sorority, Alpha Delta Pi, as well as Auburn University in its entirety, she humbly recognized that had she not broken boundaries with confidence, and stepped outside her comfort zone, she wouldn’t have been titled Miss Auburn.

In light of her victory, she displayed her appreciation to her strong campaign team and enthusiastic supporters, as well as Auburn University for being an environment that pushes you to grow equally in character as in the classroom.

She acknowledged in her campaign mission that membership in the Auburn family is gained through participation and opening your heart to the possibility of new memories. Her ambitious attitude is reflected in her extensive qualifications as a War Eagle girl, member of the Plainsmen, Camp War Eagle counselor, member of the Panhellenic Council, and undergraduate research assistant in the Health Equity Research Lab.

Cat Bryant expressed her adoration for the line in the Auburn Creed: “I believe in a sound mind, a sound body, and a spirit that is not afraid,” throughout her campaign. To her, this line is essential because it harps on the importance of being fearless in spirit accompanied by the understanding you must go through discomfort in order to grow as an individual. With this mentality, and a boat load of passion, she has involved herself within several campus organizations and has now devoted herself to making Auburn University a better place.

Cat Brytant sat down with Eagle Eye TV shortly after her win, the full interview can be found bellow.